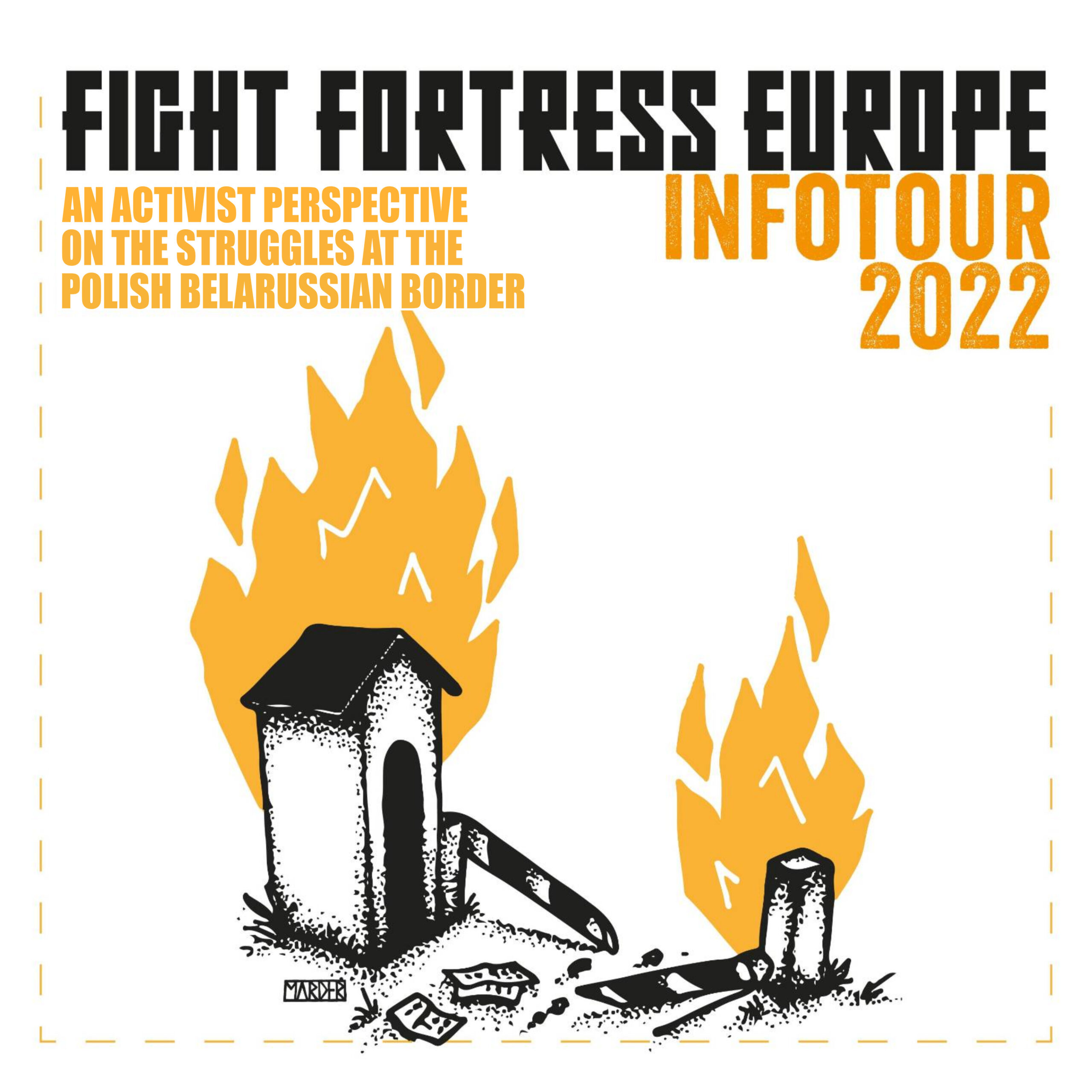 The north-eastern European migration route experienced a devastating renaissance late summer of 2021. The monster of EU has in turn showed its ugly face yet again too. Politicians feeding the narrative of danger through migration, lining up with right-wing and conservative forces. Europe defends its wealth with all possible means and accepts the death of people without hesitation.

Within a very short time, the polish-belarusian border zone was shielded, walls were built and the so-called border protection was incredibly militarized. Despite this sometimes deadly border policy, many people still try to cross it and seek protection in Europe. Activists who support them on their way face serious police and government repression.

During the info tour people active at the polish-belarusian border will talk about what happened last year, what the current situation is, how support can look like and what challenges they will have to face in the near future.

Detailed information about the events locations and other updates can be found here. 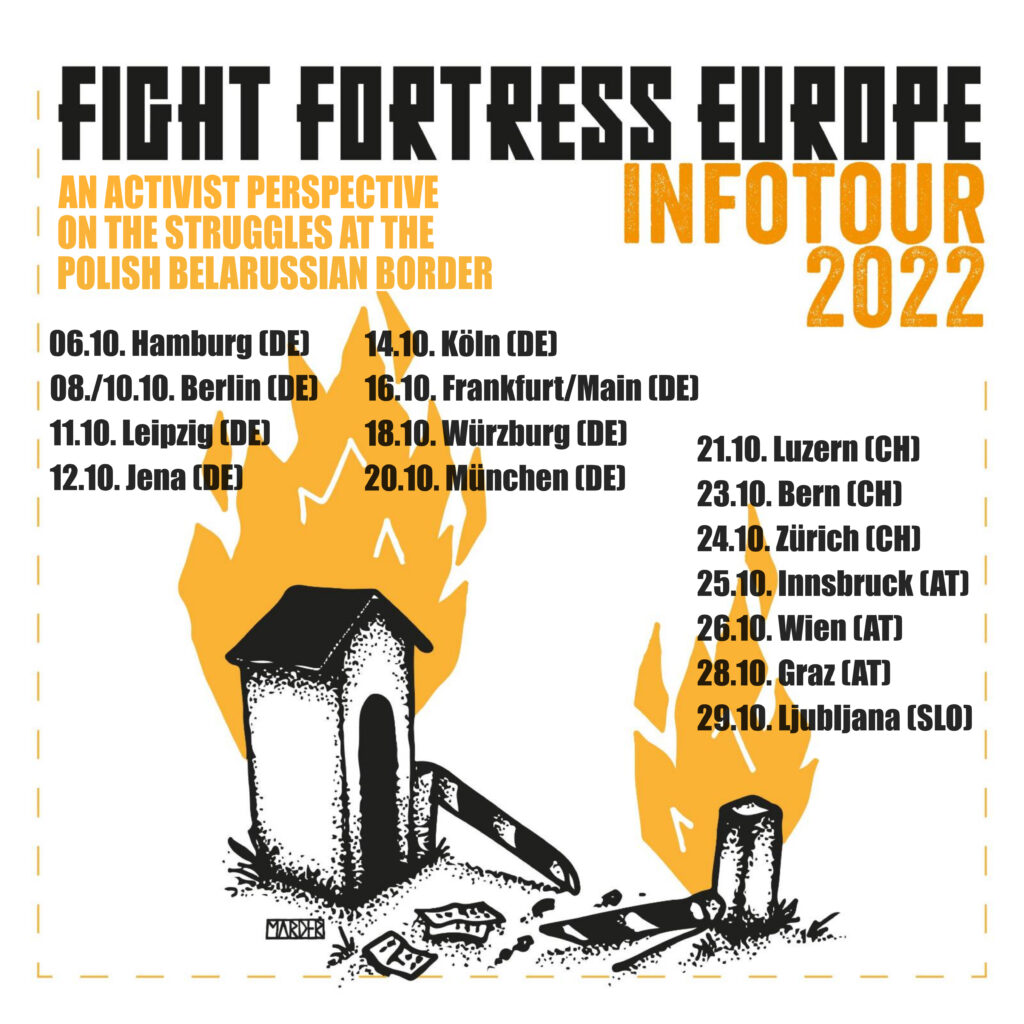